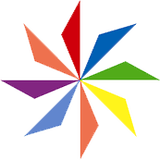 We Honour God Through Our Actions

ABA defines bullying as the repetitive, intentional hurting of one person or group by another person or group, where the relation involves an imbalance of power.

Bullying can be physical, verbal or psychological. It includes behaviour such as name calling, spreading hurtful rumours, excluding someone from groups, taking posessions or money, hitting, pushing or kicking and unwanted sexual touch. Cyberbullying has the same effect as face to face bullying but takes place over the internet or through phones.

Bullying is often driven by prejudice and can be targeted at someone’s gender, culture, religion or perceived sexuality. Children and young people may also find themselves a target because of a disability, disfigurement or illness.